Hi folks! Thanks for checking out the video and leaving your thoughts in the comments! If you missed the Twitch stream where I tried moss mining in a legit Survival world, check out the VOD on my PixlVODs channel: https://www.youtube.com/watch?v=PdjzhGCdzKA

@Zauchi Minecraft does not tend to change the stuff you make. For example they won't make new structures like bastions in locations that you generated pre-1.16. They only give you the option wether to use the new changes by loading new chunks. So if you don't care about 1.17 you don't need to worry as the cave biomes will generate in new chunks.

so the moss block will not take over ores?... thats good to know. though wondering how does the update work? to see the new caves in my current world would I have to travel to places I have not yet been, or will the new caves generate lower? (so where I have built my current mine to level 11, when the new update comes could I dig lower and the new caves will be there?)

why don't you put multiple composters station on the y axis? this would decrease the time on the ladder

you should do another time lapse at the same speed, showings regular mining

I got all excited when I mentioned you did a podcast with Joel, who I thought was Smallishbeans (another youtuber I wach) and was greatly disappointed. (I'm new here btw)

What if you start at the highest diamond level, mine out a large horizontal area, then use the moss mining to bring it down to the minimum effective mining level?

I feel like it would be faster to just go get a beacon.

survival servers are gonna have a lack of stone soon

all these updates: real cool and new and scary and confusing me who has never beaten minecraft: ....

Cant wait to turn my buddy’s base into moss

I feel the best strategy for this would probably be to make an initial dig down set up a water elevator for moss which would go into hopper. Leading to a composter Then finally a dropper for bonemeal in this way you stay down there for longer without needing to go up. Though one could probably just bring a box of bonemeal or something which may make better sense Another potential strategy is make multiple spaced out 1x1 holes which you put moss into then you just bonemeal them

Excuse my ignorance, but can anyone name the tune he's playing during the first time lapse, please?

I like the hybrid idea. After exploring a cave or branch mining you can proceed deeper wi th moss

You could start at y level 0 right?

Do we know if ore-distribution will still be dependent on biome? (eg. more emeralds in mountain biomes, more gold in badlands, etc)

Yes. In fact, you'll find way more emeralds and coal higher up in mountains now. But I expect they plan to keep the gold in badlands too. Everything else seems pretty universal

In Minecraft, you spend your time trying to play Minecraft less.

this seems like something that could be worth it if you had a way to get unbreaking and mending fairly renewably. some farms require clearing a space that big and if you cant/dont want to use tnt duplication i can see some sort of application for it.

Idk if this happends later, but flatten out the area instead of working on uneven terrain. you're wasting time and bonemeal.

It would be SO cute if bees collected from azalea trees and flowering leaves as well as the other new flowers in the game.

i think it might be better to transport the composter system along. like every 3 to 5 levels you disassemble the system and rebuild it at 1 level above current. Especially later i feel like all the time spent on the ladder really increases the time required to mine this chunk.

Hmm, this could be really interesting for the mine one chunk speedrun category.

Wow it took me a while to understand this method

would take a rly long time, but maybe you can set up a baritone bot to do this for you

I feel like a lot of the comments on this video wouldn't be here if people watched the whole video... Love the vid tho, your content is great as always, Mr. Riffs!

The amount of work..😭

i think they gonna fix this, this does not look like something, that's gonna be in the final version. My guess is, that moss is going to turn stone types into mossy stone types when bonemealed.

Music totally reminds me of ‘Made in Abyss’ if anyone wants to check out an anime with absolutely terrific world-building and a unique feel, please at least look it up. Also kudos for name-dropping the piece and artist right away.

no control run where you just mine it with diamond pickaxes?

this is definitely something i will do once 1.17 is released

Never depend on your salary alone you can earn more with your smartphone or computer trading forex and cryptocurrency.

The tides of the money market and the wealthy has always revolved around investing smartly,taking risks with critical predictions and careful analysis. Cryptocurrency trading is at the forefront of modern investment and this is why you need an experienced trader like Mr Michael with his exceptional trading skills would help anyone who is confused on how to go about making profits from the crypto world.

This makes no sense. Shouldn't moss just convert stone into a mossy version?

this is so interesting, i was looking up information about Actual spawn chunks, and what i can do in them., and i ran across the podcast. i bookmarked it for later so i could have something to listen to, and i forget about it. very jarring when i clicked on this video today and off the bat the first thing you bring up is the podcast i stumbled upon lmaooo.. i guess i gotta go listen now

I WANNA EXPLORE COOL CAVES NOT WATCH MOSS GROW ON STONE MOJANG WHAT IS THIS.

Hey! Surprisingly, this video showed me that there was a high-quality Minecraft podcast that I wasn't aware about! I am very happy because I found something to listen to.

A friendly TLDR: the main advantage of moss mining is the fact you can insta mine deepslate cause its moss. You can only use it going down cause moss doesnt go sideways well. Probably good for perimeters for a mob farm or something like that.

Those three cobwebs though.

I hope we open up a new era of hybridized mining. Late-game the need for stone is obsolete because of cobblestone generators

In this project wandering trader be like "Hole" "jump" "dead" The dead sound be like "Uoakaoakauaoakauako" Me:"take a heart attack breakdance"

this was so satisfying

axes are actually starting to become a very useful tool!

Finaly my consepts for a base are not so impractical

Moss is really exciting! I love isolating ores. This is gonna make that much easier to do.

Thanks for the tips. I was wondering why you used the ladder the whole time u could of easily made something better

I play minecraft to veg, not to go zoomy-through-rocky

Im nit great at redstone but i think it wouldve been faster to have a dropper with a clock drop the bonemeal down into the hole. I might be wrong and i do get this was just showing that this kind of thing was experimental. Or you coukd just move the bonemeal system down every 30 blocks or something to reduce ladder time

So I'm not the only one

A good idea would be to use a dispenser to automatically spit out bonemeal directly over the dig.

*But does it work in bedrock?*

At first i wanted 1.17 update to come around as soon as possible, but now that mojang has completely ruined instamine i start to think that we don't need this whole 1.17 thing.

Ngl, it's kind of satisfying.

Because the amount of axe, i don't think this is best for finding ore But if you want to wiped out an entire chunk and bone meal yes.

21:39 I was literally at that moment saying to myself "is this really effective he hasn't even found diamonds yet" then JUST THEN diamonds appear and I'm like "I stand corrected"

Yeah I'm not going to do this when it comes out. Interesting concept but it takes literally all the fun out of the game.

That intro makes my day :)

god the birds eye view is so satisfying...

*Ilmango did this a while ago*

Can you do this in the nether

U have the worst ever timelapse music. Stop it. Ur middle age crisis is painful for my ear drums. Music is important. Unlike ur video!

It's just Minecraft music, what's wrong with it?

0:46 why is nobody talking about how he called bone meal as "bone beal"

The mining a full chunk down to bedrock speed run is going to boom for 1.17

ye but perimeters aren't made for resources they are for farms

my 1.17 smp is going to be absolutely RIDDLED with missing chunks.

I'm not so excited by this method for resources/ores per say, but rather how much easier it will be to clear large areas underground for bases early game. As someone who pretty much always finds myself with an underground base, especially early game, this will make it SO much easier. All I need to clear is a 2 tall horizontal plane, and moss it from there.

So there is this new thing to do in Minecraft that I would like to make it a series Basically you create a create world you go to the nether then make a respawn anchor you get glowstone, you destroy the nether portal and finally you switch to survival

Ngl, I like this new mining concept, but best of all, I loved the timelapse ❤

I wonder what would happen if moss overgrew Deepslate as a different block with a greater hardness, where you might need Efficiency V again to instamine it

I hope they leave this as a feature in the game, it's a much more creative way of mining than strip mining and seems like something that would be in minecraft 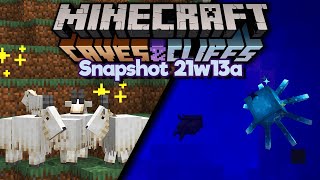 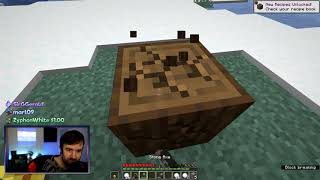 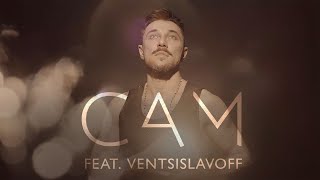 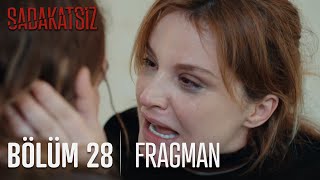 WHATS IN MINECRAFT 1.17 CAVES AND CLIFFS SO FAR?

Minecraft, But Structures Are Random...

Surviving 100 Days in a Minecraft WAR.. here's what happened

Minecraft, But You Can Buy Infinite Structures...